Transformers: Dark of the Moon

Dark of the Moon

Revenge of the Fallen

Transformers: Dark of the Moon is a 2011 American science fiction action film directed by Michael Bay, and it is based on the Transformers toy line. It is the third installment in the live-action Transformers film series, and is the sequel to 2009's Revenge of the Fallen. It is also the first film in the series that was not co-produced by DreamWorks, leaving Paramount Pictures as the sole distributor. The film stars Shia LaBeouf, Josh Duhamel, John Turturro, Tyrese Gibson, Rosie Huntington-Whiteley, Patrick Dempsey, Kevin Dunn, Julie White, John Malkovich, and Frances McDormand. Set three years after Revenge of the Fallen, it follows the warring Autobots and Decepticons' last days of the war as they battle to possess powerful technology from their homeworld crashed on Earth's Moon to restore their home. Returning Transformers include Optimus Prime, Bumblebee, Ironhide, Ratchet, Sideswipe, Wheelie, Megatron, Starscream, Soundwave, and Barricade.

The script was written by Ehren Kruger. Dark of the Moon employed both regular 35mm film cameras and specially-developed 3-D cameras, with filming locations in Chicago, Florida, Indiana, Milwaukee, Moscow, and Washington, D.C. The film was rendered specifically for 3-D, and the visual effects involved more complex robots which took longer to render. In May 2011, it was announced that Paramount would move Dark of the Moon's release date of July 1 to June 29, in order to monitor an early response to footage.

Exclusive early premieres in both select 3D and IMAX theaters took place on June 28, 2011, one night before worldwide release in 2D and 3D (including IMAX 3D) formats—each featuring Dolby Surround 7.1 sound. The film received mixed reviews from critics, who praised the special effects, action scenes, scores, 3D work, and the performances of Peter Cullen, and Leonard Nimoy while criticizing the runtime, storyline, performances, and screenplay. Dark of the Moon grossed over $1.1 billion worldwide, and it is the 27th highest-grossing film of all time (the 5th-highest at the time of release), the second-highest-grossing film of 2011, the highest-grossing film in the Transformers series, and the tenth film to gross over $1 billion. Like the first film, it was nominated for Best Sound Editing, Best Sound Mixing, and Best Visual Effects at the 84th Academy Awards. It was followed by Transformers: Age of Extinction in 2014.

In 1961, the Ark, a Cybertronian spacecraft carrying an invention capable of ending the war between the philanthropic Autobots and the malevolent Decepticons, crash lands on the dark side of Earth's Moon. The crash is detected on Earth by NASA, and President John F. Kennedy authorizes a mission to put a man on the Moon as a cover for investigating the craft. In 1969, the crew of Apollo 11 lands on the Moon.

In the present, the Autobots assist the United States military in preventing conflicts around the globe. During a mission to Chernobyl, to investigate suspected alien technology, Optimus Prime – the valiant leader of the Autobots – finds a fuel cell from the Ark, discovering that it had survived its journey from Cybertron. The Autobots are attacked by Shockwave, who manages to escape. After learning of the top-secret mission to the Moon, the Autobots travel there to explore the Ark. They discover a comatose Sentinel Prime – Optimus' predecessor as leader of the Autobots – and the Pillars he created as a means of establishing a Space Bridge between two points to teleport matter. After returning to Earth, Optimus uses the energy of his Matrix of Leadership to revive Sentinel Prime.

Meanwhile, Sam Witwicky is frustrated that he is unable to work with the Autobots and is failing to find a job. He also becomes envious of the close relationship between his new girlfriend, Carly Spencer, and her boss Dylan Gould. After finding work, Sam is provided information by his eccentric co-worker Jerry Wang about the Ark, before Jerry is assassinated by the Decepticon Laserbeak. Sam contacts the now-independently wealthy Seymour Simmons, and together they realize that the Decepticons and their leader, Megatron, are murdering people connected to the American and Russian space missions to the Ark. They locate two surviving Russian cosmonauts, who reveal satellite photos of hundreds of Pillars being stockpiled on the Moon. Sam realizes that the Decepticons raided the Ark long before the Autobots' mission and intentionally left Sentinel and five Pillars behind to lure the Autobots into a trap – Sentinel being the key to activating the Pillars and the Decepticons lacking the means to revive him. The Autobots rush to return Sentinel to their base for protection but Sentinel betrays them and kills the Autobot Ironhide, revealing he had made a deal with Megatron to ensure the survival of the Cybertronian race.

Sentinel uses the Pillars to transport hundreds of concealed Decepticons from the Moon to Earth, and Carly is captured by Gould, who is revealed to be in the service of the Decepticons. The Autobots are exiled from Earth at the demand of the Decepticons to avoid war, but as their ship leaves Earth it is destroyed by Megatron's second-in-command, Starscream, seemingly killing the Autobots. The Decepticons, led by Megatron and Sentinel, seize Chicago as their agents place Pillars around the world. Gould reveals to Carly that the Decepticons plan to transport their homeworld of Cybertron to the Milky Way, then to enslave humanity and use Earth's resources to rebuild their world. Sam teams with USAF Chief Robert Epps to go into Chicago to save Carly, but they are nearly killed by Decepticon forces before the Autobots intervene, revealing they concealed themselves during the launch of their ship to convince the Decepticons they were destroyed.

Working together, the Autobots and human soldiers manage to rescue Carly and destroy Laserbeak, Soundwave, Barricade, Starscream, and Shockwave, with Optimus using Shockwave's arm-cannon to blast the Control Pillar, disabling the Space Bridge. Sam confronts Gould as he reactivates the Control Pillar, and knocks Gould into the Pillar, fatally electrocuting him. Bumblebee and Ratchet arrive and destroy the Control Pillar, permanently disabling the Bridge and causing the partially transported Cybertron to implode. Optimus and Sentinel fight while Carly convinces Megatron that he will be replaced as leader of the Decepticons by Sentinel. Sentinel severs Optimus' right arm, and is about to execute him when Megatron intervenes, incapacitating Sentinel. Megatron invokes Optimus for a truce, having the desire to become the one-in-charge again. Optimus attacks Megatron, knowing Megatron's true intentions, decapitating and killing him. Sentinel pleads for his life but Optimus executes him too, for betraying his own principles. With the Decepticons defeated, Carly and Sam are reunited and the Autobots accept that with Cybertron gone, Earth is now their home. 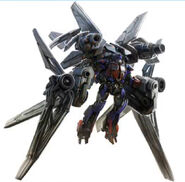 Optimus Prime As A Modified Peterbilt 379 With Trailer

Bumblebee As a Custom 2010 Chevrolet Camaro

Ironhide As a GMC Pickup Truck

Ratchet As a Rescue Vehicle

Sideswipe As a Corvette Stingray

Mirage As a Ferrari 458 Italia

Skids As a Chevy Spark

Mudflap As a Chevy Spark

Shockwave As a Cybertronian Tank

Loader As a Superfund security truck 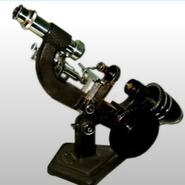 Scalpel And Lensmeter Decepticon As a Light Microscope

Garagebot As a MACK TerraPro

Pickup Decepticon As a Chevrolet Silverado

Long Haul As a Caterpillar 773B Dump Truck