Transformers: The Last Knight is a 2017 American science fiction action film based on the toy line of the same name created by Hasbro. It is the fifth installment of the live-action Transformers film series and a sequel to 2014's Transformers: Age of Extinction. Directed by Michael Bay, the film features Mark Wahlberg and Stanley Tucci returning from Age of Extinction, Josh Duhamel and John Turturro reprising their roles from the first three films and Anthony Hopkins joining the cast. Bay and Wahlberg have stated this film marks their final picture in the franchise. The film premiered at Odeon Leicester Square in London on June 18, 2017 and was released in the United States on June 21, 2017 by Paramount Pictures, in 2D, 3D and IMAX 3D.

In 484 ad , King Arthur leads his knights and men into a battle they can't hope to win. Having realized this, he enlists the help of the magician Merlin, who negotiates with a Cybertronian Knight. The Knight gives Merlin a staff wielding ultimate power, and he has the gestalt Knight Dragonstorm aid Merlin. Dragonstorm comes to the knights' aid, wiping out their adversaries.

In the present day, 5 years after the events of Transformers: Age of Extinction, Transformers are once more heroes on Earth. However more Transformers have been arriving on the planet recently. The Transformers Reaction Force dedicates itself to hunting down and destroying decepticons. In an area of war-torn Chicago, a group of kids stumble upon a crashed alien ship with a Cybertronian Knight inside. The kids are confronted by a TRF Walker, which is destroyed by Izabella, a survivor of the Battle of Chicago. Izabella and her Transformer companions, Sqweeks and Canopy, urge the kids to escape, but Canopy is shot by a TRF plane drone and dies. Shortly after, Bumblebee and Cade Yeager arrive and help the kids escape. Yeager finds the dying Knight, who gives him a metallic talisman.

Yeager hides out at a junkyard, which serves as a sanctuary for many of the surviving Autobots Bumblebee, Hound, Drift, Crosshairs, Grimlock, Wheelie, and many others. While there, Yeager finds that Izabella has followed him back; Yeager tells her to leave but Izabella wants to stay and fight. The Decepticons arrive at the junkyard and attack the Autobots; in the ensuing chaos, most of the attacking cons are killed except Nemesis and Barricade. Yeager is confronted by Cogman, a Headmaster, and the Autobot Hot Rod. Optimus allows him to take Cade to England and there meets with Sir Edmund Burton, the last living member of the ppm I Witwiccan Order. Burton tells Cade of the Transformers' origins, saying that the collision of Cybertron with Earth would spell certain doom. He tasks Yeager, with obtaining his staff so they can prevent an ancient evil from being awakened. Burton tells Yeager that, as a person defined by honor and dignity, he is the last knight. The talisman given to Yeager has wrapped around his arm by this point. The trio are forced to evacuate Burton's home when the mercenaries arrives.

With cogman's help, Cade delves into the Camelot past, and finds that they must take the H.M.S. Alliance into the sea to find the staff inside the ancient machine. Bumblebee, Yeager, and Viviane go to the Alliance with Cogman and Burton, who declines to go on the journey any further though cogman continues. The Alliance heads for the machine, but is intercepted by a TRF submarine. The Alliance ventures inside the machine, where Yeager find a chamber of Cybertronian Knights, as well as Merlin's staff. One Knight, Skullitron, awakens and attacks them. The TRF intervenes and attacks Skullitron, while Viviane activates the staff and the machine rises towards the ocean's surface. As more Knights rise up to fight, Soundblaster, intervenes and takes the staff from the humans with the intention of restoring his homeworld dismissing the planets doom as collateral damage.

Bumblebee confronts and fights Barricade on top of the machine, as Yeager and Lennox struggle to step in. Optimus manages to save Bumblebee, he speaks, much to Cade and prime shock, but Soundblaster escapes with the staff. The Cybertronian Knights then attack Optimus for his betrayal, but Yeager whose talisman becomes the Excalibur sword stops the judgement. The Knights yield to Yeager quoting their former comrade, who urges Optimus to protect the Earth once more.

At the Knight Ship, Soundblaster activates a drill to begin draining the core of its power using the staff and some nuclear fuel rods supplied from Attinger whom he killed after. As the military intervenes, Nemesis shoots Burton, who dies by Cogman and Cade's side. Optimus unites the Knights with the Autobots and the TRF soldiers. Boarding Dragonstorm, they set off to stop the villains. They raid Lockdowns ship killing buzz saw in the process angering soundblaster and battle against the Decepticons and free their allies. The Autobots then go to stop him while TRF soldiers engage the mercenaries and bumblebee takes on his old enemy for the last time so they can get to the staff. As Optimus drift and hound approach the bridge nemesis damages hound but is then put down by prime, the Autobots battle Soundblaster but drift sacrifices his life to save prime, who then defeats Soundblaster. While Bumblebee destroys barricade, and Cade with Lennox help removes the staff and the drill shuts down and is destroyed by the knights while soundblaster muckily claims prime had doomed their world permanently optimus declares that earth was the transformers home now and kills the notorious decepticon for good they then escape while Lockdowns ship crushes in to the ocean.

The Autobots re-unite after the battle and raise statues to honour their fallen friend and burton, and Optimus places drifts swords in a cross on his statue and declares that his faith will be in humanity if they will trust them the president thanks them. The Autobots than ride off calling all others to come to their new world.

In a mid-credits scene, scientists inspect a part of Unicron. Wondering what it is, while beneath the planets crust the being optic twitches and begun glowing. Quintessa appears, disguised as a human, and explains that it is Unicron and offers a way to destroy it.

*Certain lines from these characters are not delivered by their credited actors, but the fill-in actors who performed the "scratch track" for the movie, whose recordings have survived into the finished film.

**Nitro Zeus' voice actor varies depending on the version of the film. The "finished" version shown in English-speaking countries features John DiMaggio, and the other, shown internationally, features Steven Barr. Both the home video and digital releases of the film credit both actors.

†Denotes a character who speaks, but has no credited voice actor. The internet has popularly attributed these roles to DiMaggio, Barr, and Welker, variously, but often incorrectly, and with no proof; more likely, at least some are performed by scratch track actors and were not replaced for the finished film.

Hound As a Medical 2016 Mercedes-Benz Unimog

Drift As a 2017 Mercedes-Benz AMG GTR

Crosshairs As a 2016 C7 Corvette Stingray 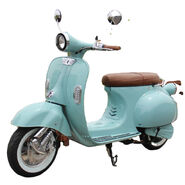 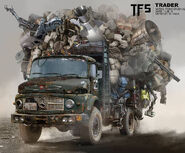 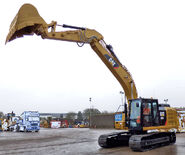 Trench As a Caterpillar 320 Excavator

Grimlock As a Tyrannosaurus Rex

Slug as a Triceratops

Megatron As an Advanced Cybertronian Jet

Dreadbot As a Rusty 1966 Volkswagen Minibus

Berserker As a 2016 Chevrolet Suburban Custom

All three Junkheap As a MACK TerraPro